I had a lot of fun during this Fall16′ season with the Pumpkin Spice Latte (#PSL) craze. I created many funny posts on Facebook about the seasonal flavour and the oodles of products that were playing off the PSL craze. PSL-scented bathroom tissue? Toothpaste? Beer?

Here’s a great recipe that incorporates the flavours of pumpkin, cinnamon and other spices. I gotta tell you… this is really delicious: Spiced Pumpkin-Molasses-Cinnamon Sticky Bun. The bun is light, not-too-sweet and perfect with freshly brewed black coffee. 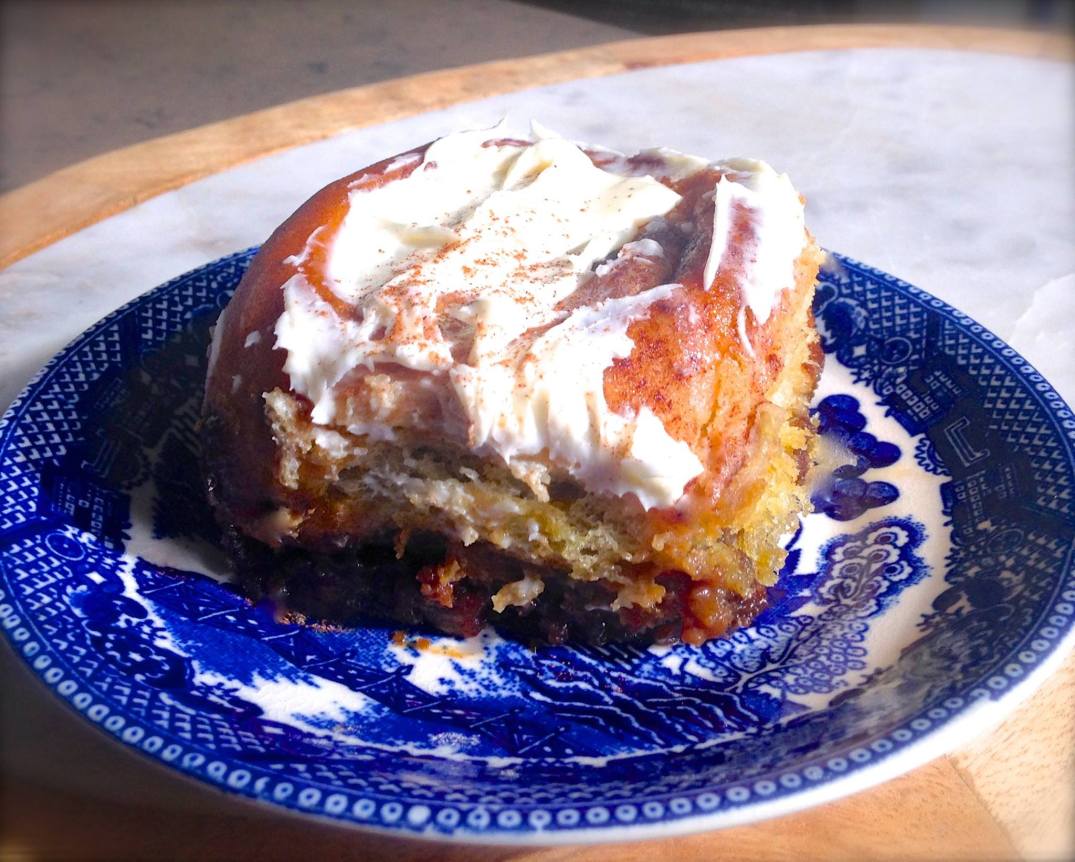 The basic recipe comes from Canada’s Baking Sweetheart Anna Olson. She and her husband Michael have been friends for a long time and Anna is always my go-to for tried-and-true baking recipes. I started with her Classic Cinnamon Sticky Buns recipe and adapted just three things to turn this recipe into a custom seasonal favourite; I added a teaspoon of allspice with the cinnamon, replaced the maple syrup with dark molasses, and added a thin layer of pure pumpkin puree on top of the dough before adding the brown sugar mixture and rolling the dough into pinwheels. Thats the great thing about Anna’s recipes; they are perfectly tested and then can be slightly adapted to help create your own baking inventions…

In Anna’s kitchen. Me, ‘helping’… ha-ha! On that day, she and I were making donuts!

DIRECTIONS
Dough
1. For the dough, measure all the ingredients into a bowl and stir with a wooden spoon, or blend in a stand mixer fitted with the hook attachment until evenly combined. If mixing by hand, turn the dough out onto a work surface and knead until smooth, about 5 minutes, or if in a mixer, knead for about 3 minutes. Transfer the dough to an oiled bowl, cover with plastic wrap and let rise until doubled in size, 90 minutes to 2 hours.

Goo
1. For the goo, add the butter, brown sugar and molasses in a saucepan over medium heat, stirring until melted and the mixture is bubbling. Pour this into a greased 9-x-13-inch pan the prepared pan and set aside.

Filling & Assembly
1. For the filling, stir the brown sugar, allspice and cinnamon together and set aside. Have the melted butter ready.

2. Turn the risen dough onto a lightly floured surface and roll it out into a rectangle about 18-x-12 inches. Spread the entire surface with the pumkpin puree. Lightly brush the entire surface of the pumpkin with the melted butter and sprinkle with the cinnamon brown sugar mixture. Roll up the dough from the longer side and then cut the roll into 12 pieces. Place these into the prepared pan, evenly spaced, cover with plastic wrap or tea towel and let rise for an hour.

3. Preheat the oven to 350 F. Uncover the risen sticky buns and bake them for 40-45 minutes, until they are a rich golden brown. It is recommended to cool the sticky buns for 15 minutes in the pan before inverting to serve.

4. The sticky buns are best served the day they are baked. 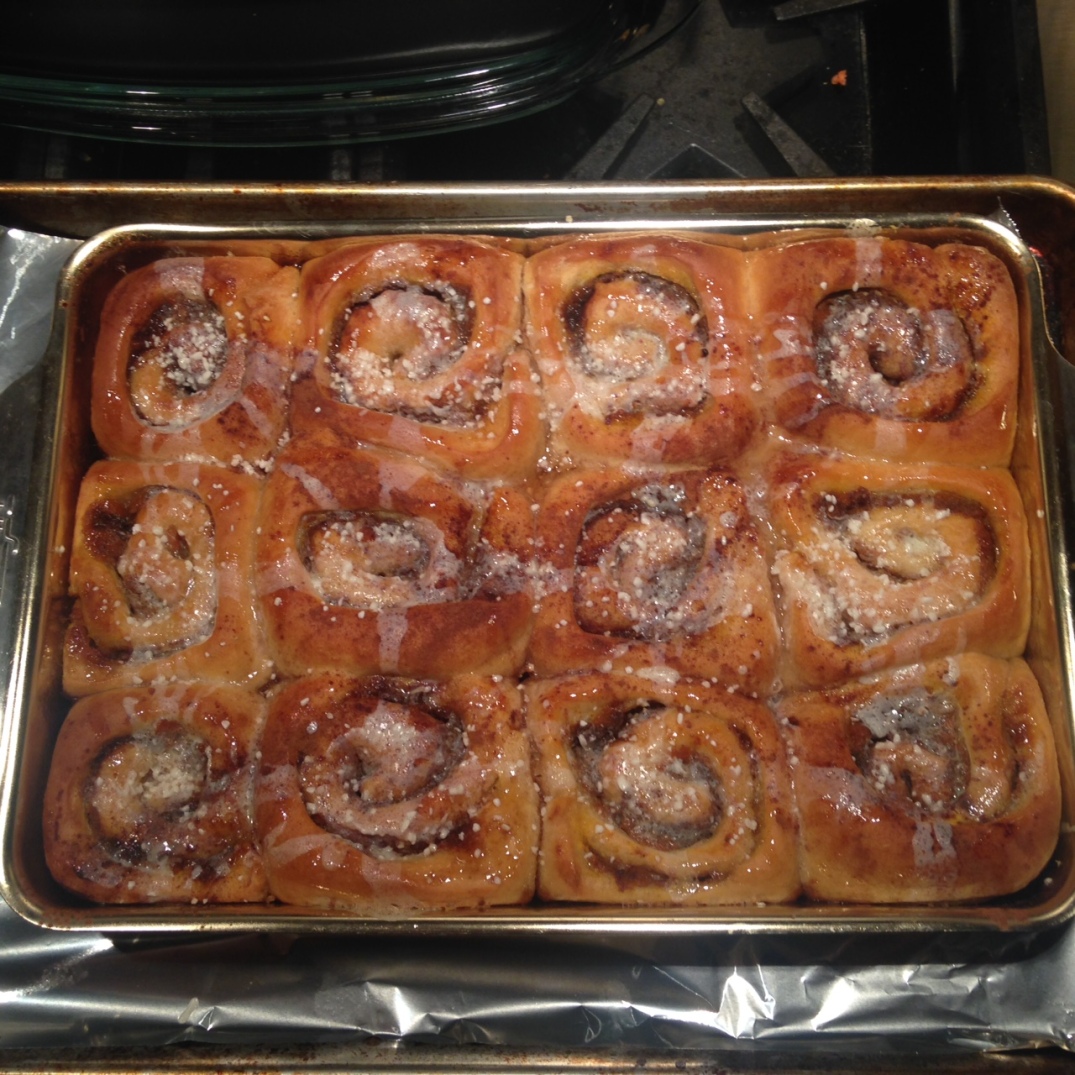 For great baking tips and recipes, please check out Anna’s brand new book Bake With Anna Olson . Its filled with tons of baking secret tips and all the classic recipes you make at home!

(and click LIKE/SHARE if you loved). Until next time, KL